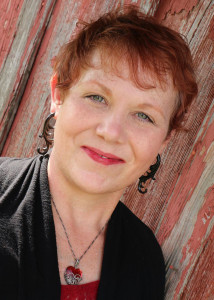 Aimee has been crafting words since she became conscious of her own thoughts. Around the age 8 she started keeping a daily journal, and by 10 was writing poetry. She still has boxes full of these early journals and notebooks. In junior high and early high school she drew inspiration from her English teachers and made a deep personal connection with each of them, as they each encouraged her to continue to write. By age 15 Aimee had written two full volumes of poetry. She dropped out of high school in the 10th grade, and started attending classes full-time at the local community college when she was 16 years old, majoring in psychology. She transferred to a four-year to finish her junior and senior years and appreciated the academic rigor, which demanded 20-30 page papers routinely in every class. While in graduate school Aimee contributed articles and essays to various academic publications (textbooks, encyclopedias, etc.). By the time she was nearing the end of graduate school, the thesis option was the obvious choice, and Aimee worked into the wee hours of the mornings to finish the 81 page original thesis that earned her a Master’s degree in criminal justice (Resistance and Perceptions of Punitiveness as a Function of Voluntary and Involuntary Participation in Domestic Violence Treatment Programs). Her thesis committee praised her work as dissertation level, encouraging her to pursue a Doctorate, and also strongly encouraging her to continue writing, as it seemed to come so natural to her.

About the same time Aimee was once again wading through some rough waters in her personal life. As she had always done, she used her passion for words to try to make sense of it, and in 1998 she completed Family Abuse and the Bible: The Scriptural Perspective, her first full length non-fiction book. She began the search for a publisher, and was picked up by Haworth Pastoral Press (now the Routledge Religion and Mental Health Series). The book came into print in 2001. Aimee was gaining momentum in speaking publicly about domestic violence in the church, and had developed materials in companion with the publication of her book. Her goal was to create a Christian-based system of services for domestic violence victims and perpetrators.

But in 2003 she was diagnosed with an aggressive form of breast cancer- Inflammatory Breast Cancer. One foot in front of the other, she had to let go of all extracurricular aspects of her life to focus on cancer treatment. As she has always done, she began writing her way through the exhaustive treatment, hoping to bring an honest perspective of what it is like to be a 30 year old cancer patient while raising children and trying to hold on to a professional career. She started by crafting prose-style emails updating her small group of friends and family about her condition and progress through treatment. In short time they began forwarding these emails to their friends and family, and eventually as the list grew to a few hundred, Aimee was asked to make the writings available online. She started the blog Swirling Eddies in 2005, and has maintained that at various domains since. She continues to actively contribute to that project, as she remains in cancer treatment.

Several years later, still struggling to settle into the “new normal” after years of cancer treatment, with no end in sight and facing a diminishing hope for returning to her previous career, a close friend suggested Aimee write another book- maybe fiction. This was certainly not the first time this suggestion had been made, as many people who had been exposed to Aimee’s writing through her blog had also suggested she had a natural gift for writing. But sometimes we resist the natural flow because letting go of our vision for the future can be painful and scary. Hearing those familiar words from the right person at the right time can make those words sound a little different than they had before. And so a creative spark set a fire, and Aimee quickly got to work on her first fiction novel, All Paths Lead Home. She has since considered several other stories she believes are novel-worthy, and she intends to work on those projects in the future.

Aimee has brought her passion for helping people through their own healing processes to her writing. More than just writing well and telling good stories, she hopes to stir the human spirit and affect change in her readers and the larger world. The central characters in Aimee’s quasi-fictional world are complex and layered, yet relatable, as their stories express some aspect of the deep existential and spiritual crisis we all at some point face on our journey towards self-actualization. Because she writes about character and the struggle through the internal growth process, her work is best categorized as literary fiction. She draws her inspiration from her own soul journey, from her experiences working with people in a helping profession, and her natural healing and empathic qualities.

Aimee has had several poems published in anthologies, as well as in numerous local publications. She has also earned awards for both her poems and short stories within her local community. She recently moved to Austin, Texas and is a member of The Writer’s League of Texas.